Cannon fort is located at the top of a hill, High Point 177 on Cat Ba island. As its name indicate, it is 177 meters high.

The island had a strategic location, and so does Cannon Fort Cat Ba, as it was an excellent look out point for marine and air attacks.

The Fort was ingeniously designed and you can still see many remains of its time: cannons, tunnels, trenches, as well as many objects left behind by soldiers.

The Japanese invaded Cat Ba first during WWII in order to use it as a military outpost. They built the tunnels and trenches.

There are still two cannons you can see: No.1 Cannon and No.2 Cannon.The cannons were made by the French in 1910, used electricity and had a range of 40km.

They were placed there when the French overtook Cat Ba during the French War. It was soon reclaimed and the Vietnamese kept using the cannons then, against them. 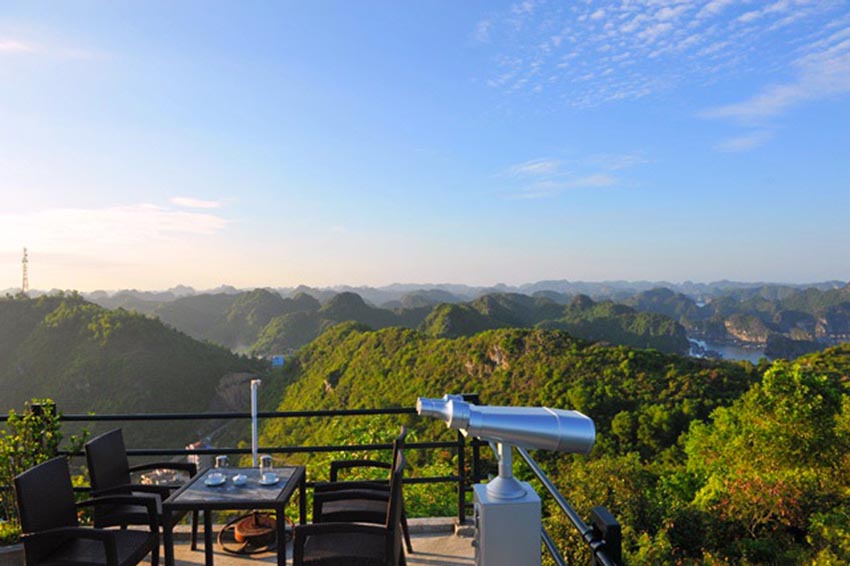 No.1 Cannon had control over the port of Hai Phong. When the war escalated between the USA and Northern Vietnam, locals used rifles and 12.7mm cannons against American Aircrafts, shooting 6 of them in total from this particular point.

No.2 Cannon had actually three different ones pointing in different directions (two of them have been destroyed since).

The fort had an underground system of tunnels and trenches linking the cannons as well as other infrastructures together.

About half-way visiting the site, you will find Memorial Room, also called Love Room. It is used as a museum with things left behind by soldiers, such as weapons and devices used.

This place was originally where soldiers were meeting with their relatives during visits. It was a great moment for soldiers, so you can understand where it gets its second name from.

The tunnel atomic bomb is a U shaped tunnel, used as a shelter, but was also hosting daily activities with a kitchen, meeting and dining rooms, medical rooms… in total, it could host up to 500 people at once. It was designed to exit to the airport area.

The Fort has such an interesting history, and we hope this quick article helped you understand it better! Don’t miss out on our tips about things to do, where to eat and sleep on Cat Ba Island.